Mike grew up in California and always had an interest in drawing. He started entering shows as a teenager and eventually earned a BFA from Utah State University. He lived in California and Washington for many years before moving to Melbourne.

Kowalski specialises in architectural illustration but is primarily a painter both in watercolour and oils. He teaches workshops in Australia and the US and won the coveted Silver Medal of Honour at the 148th AWS International Exhibition in New York.

Mike believes the best watercolours are confident and direct, with a bold use of colour. 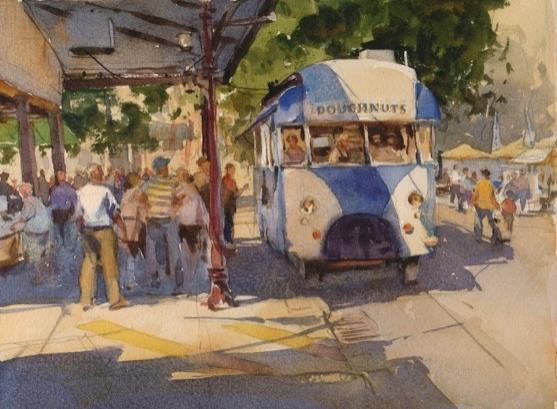